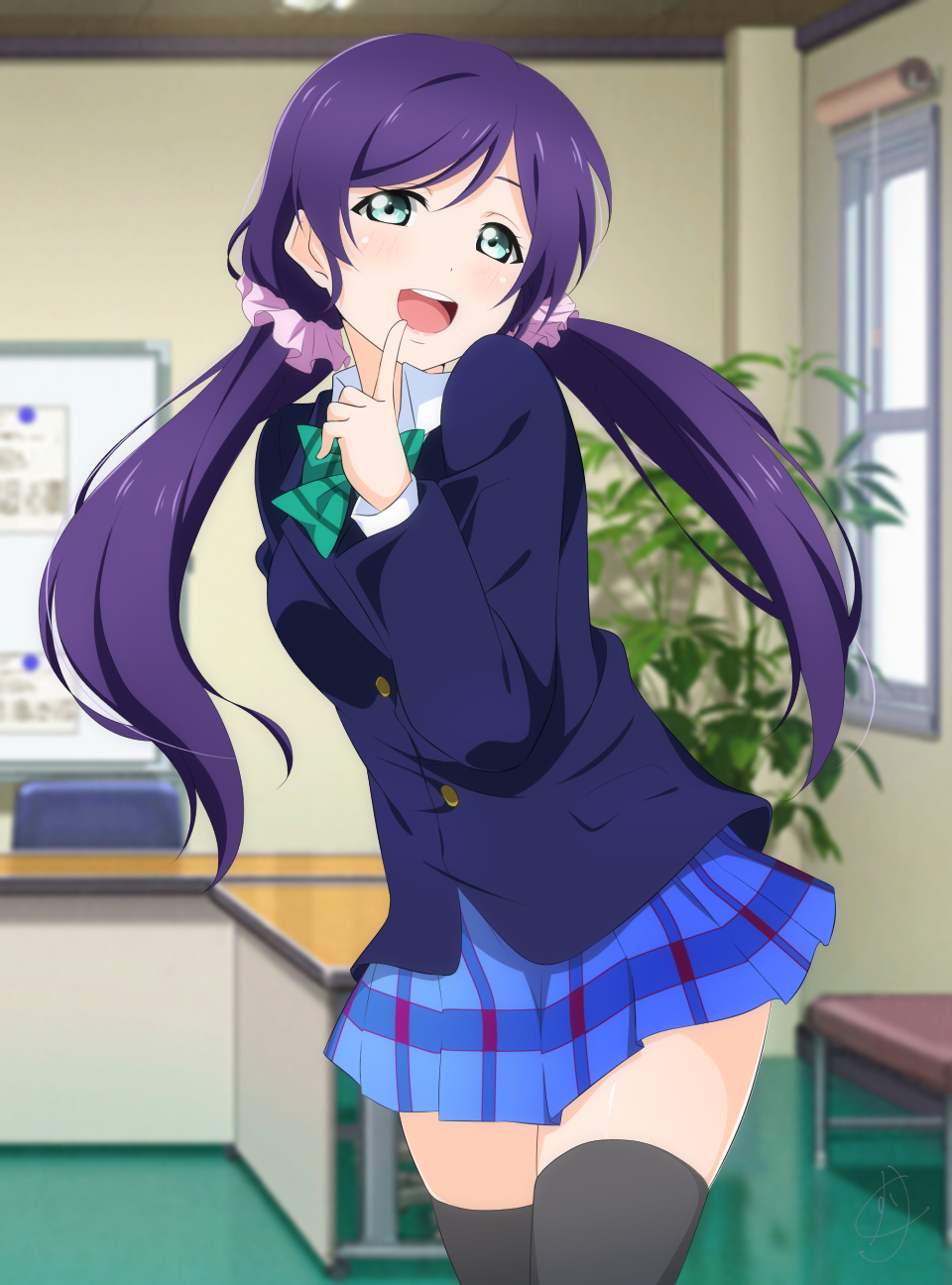 After fetching Kotori at the airport near the end of the episode, Honoka runs into the backstage of the school auditorium and slips, hurting her butt.

Title 01 " Love Live! After the announcement, the podium is then passed on to the succeeding student council president, Honoka Kosaka, to deliver her speech.

Honoka managed to introduce herself but had forgotten the contents of her speech. At the student council room, Umi scolds Honoka for forgetting her speech that they wrote together then places a large amount of student council work in front of her.

Eli arrives at the student council room together with Nozomi to check on the trio. They were hesitant at first because of the thought that they have to compete against A-RISE for the preliminaries, but after Umi stated that it was too early to give up, they all agreed to give it a shot, except for Honoka who told them that it's okay for them not to enter Love Live!.

All of them were shocked at Honoka's statement and asked her if there was anything wrong with her but she said that she was happy just being able to sing and dance with everyone.

Honoka then suggests that they all hang out together after school for a change of pace. Nozomi told them that the regular dance practices and sessions may be enough for Honoka.

The next day, Nico challenges Honoka to a race to decide whether the group enters Love Live! During the race, Honoka finally understood the meaning of Yukiho 's words, as at that time, Eli, Nozomi, and Nico will graduate and no longer be school idols, making this year's Love Live!

Everyone told Honoka their feelings about entering Love Live! They were amazed that Maki's family had a vacation house even at the mountains.

When they were about to leave the train station and head for the bus, Rin told them that they might be forgetting something.

They forgot about Honoka who was still sleeping on the train. Everyone was amazed yet again when they saw the house and the things inside.

They found out that Maki still believed in Santa when they were talking about the fireplace. Nico was about to laugh and mock her for it but the others prevented her from doing so, claiming that it was a serious crime to say it.

While in the living room, Honoka noticed that Maki wasn't anywhere near the piano and decides to take the tea that Hanayo made to the girls upstairs.

Honoka opens the door to where Umi was staying but found no one inside, finding a note on the table stating "Please don't look for me" instead.

Panicked, Honoka proceeded to Kotori's room and found no one inside as well, finding a picture on the wall with the words "Help me" instead. Honoka soon noticed that there was cloth tied by the window that leads outside.

She looks outside and finds the three sighing. The others found out that the three were in a slump because of the pressure and decides to split the work to all of them.

There was no progress for the first few hours but after hearing some encouraging words from their group mates, the three who're originally assigned for the tasks met on the house and was able to finish everything that night.

The others found the three of them sleeping in the living room with their finish products and decided to let them sleep for a while. They immediately started practicing as soon as the three woke up and continued to practice hard even after returning from their trip, aiming to win Love Live!.

They looked elsewhere and ended up in front of the UTX building. Tsubasa hushed Honoka before others could see her then she grabbed Honoka's arm and ran, dragging her inside the building.

Hanayo and Nico noticed that Tsubasa was there, running with Honoka and chased after them. Erena comments on how Nozomi has the tolerance to understand all nine of the members.

Honoka also states that they won't lose either and says thank you to them. Alisa and Yukiho are shown watching with a laptop at the Kosaka residence.

Alisa was worried but Yukiho assured her that they will be fine. Honoka immediately disagreed and cheered everyone up.

Some of there schoolmates came and cheered them on as well. At the rooftop, Eli announced that only one of the four teams that made it out of the first round will make it to Love Live!.

They decide that they have to do their best. Umi then stated that she'd like to start morning practices an hour earlier than usual and they'll have review sessions on Sundays.

Eli adds that they need to have focused and well-designed practice sessions. They then realized that Nico was not among them. They caught up and called out to Nico who was about to go home.

Nico said that she's going to have to skip practice because she has other things to do and left. The others decided to follow Nico secretly because she was acting suspicious, but Nico spotted them and was able to escape.

While the others were wondering why Nico was desperate to escape, Hanayo saw a little girl who looks a lot like Nico.

They then learned that she was Nico's little sister, Cocoro. After arriving at the Yazawa residence, they met Cotaro , Nico's little brother who also believed that they were backup dancers.

After some time, Nico arrived and they chased after her once again. Nico wasn't able to escape this time because her other little sister, Cocoa , met her in front of the elevator.

Nico apologized and explained that she was skipping practice to look after her siblings and that she's been telling them that she was a super idol from the beginning.

On the way home, Nozomi tells the others that Nico was telling her siblings all that even after she failed to become a super idol in her first year because she didn't want their vision of her to be destroyed.

Honoka received a call from Eli about the event. Eli told her that they needed a temporary leader and that Rin was perfect for the role.

When Eli told Rin that she's going to be the temporary leader, Rin isn't confident in herself and ends up struggling with the responsibilities. After Eli told the others that the second years wouldn't make it back in time for the performance, it was decided that Rin would take the center for their performance.

Rin feels she isn't cute enough for the fancy dress given to the center and passes on the role to Hanayo, though the others can tell she is bothered about it.

On the day of the event, the group arranges for Rin to wear the dress whilst everyone else wears groom outfits, feeling it fits her the most.

Rin was still in denial at first but Hanayo and Maki encouraged her with their feelings. Rin finally accepted and wore the dress, receiving some compliments from the audience.

The six members then performed the song " Love wing bell " and the event turns out to be a huge success. Rin then decides to be more confident with expressing her femininity and decides to wear a skirt for practice making everyone happy for her.

They tried impersonating each other next but it didn't work out as well. Principal Minami even called them to her office because of it.

On the day of their performance, Honoka thinks that they don't need to change themselves, as they already have quite varied members themselves, and they perform together with their natural abilities.

While climbing the stairs to the shrine, Honoka and Hanayo found it harder to reach the top than before. Nico told them that it was because of the extra weight.

Later, Umi found out that Honoka and Hanayo were sneaking off during their runs to eat rice. After letting them explain themselves, Hanayo was told that she regained her past weight while Honoka's weight did not change at all.

Honoka and the others soon found out that the Art Club's budget request was approved before the budget meeting. They tried to talk to the girl from the Art Club but it did not work.

Eli and Nozomi offered to help but Honoka said that it was their mistake and that they should fix it themselves. After working hard to fix everything and making a budget plan for all the clubs, Honoka, Kotori, and Umi managed to end the budget meeting well.

During the process of fixing everything, Honoka told everyone that she forgot to eat and managed to regain her old weight. Nozomi and Eli are then left assured that the student council is in good hands.

Nico asked Honoka why she said that all of a sudden. Maki told her that since they're really aiming to win Love Live!

Eli then told everyone to decide on which song they want to perform with. Nico suggested that they go for a new song.

Nozomi then suggested that they make it a love song which surprised everyone. Maki told them that it's too late to make a new song anyway but Eli disagreed and said that she thinks it's too early to give up.

Though everyone wonders how they'd write a love song, Nozomi thought of an idea. They tried practicing giving gifts but the idea didn't help.

On the way home, Maki told them that she still thinks it's better if they don't take the risk. Umi agrees and believes that they should focus on perfecting what they already have instead.

Most of the members agreed as well but Eli said that she still thinks that a love song would be powerful and that Nozomi's predictions are usually spot on.

Honoka then said that they think about a little more. Nozomi told Eli that she's being a little too pushy and that everyone seemed confused. Eli told her that it's okay and that she's doing what she wants to do.

While at Honoka's house, everyone tried to come up with ideas once again. Kotori suggested that they watch a romance movie for reference, however Maki says that these halfhearted efforts to write a new song will lower the quality of their performance.

After finally deciding on using the songs they already have, they decided on calling it a day and go home. Maki follows Eli and Nozomi and stops them before they go separate ways.

Maki wanted to know what's going on and called Nozomi a troublesome person. Nozomi says that it doesn't matter if they aren't able to create the song, since the nine of them being together is already a miracle. 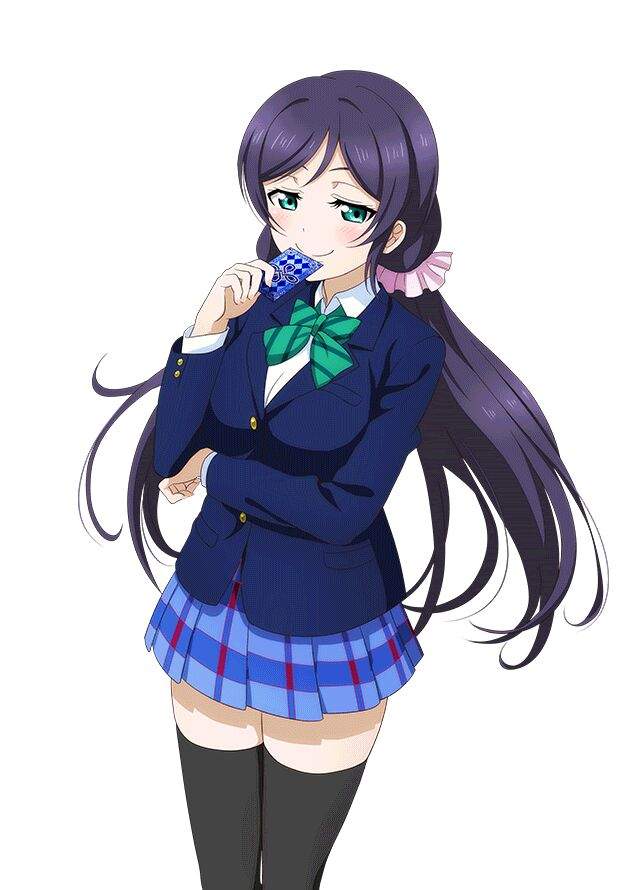